The Act on Posting Workers (447/2016) provides provisions on posted workers. Its scope of application includes new contracts made after the Act came into force on 18 June 2016, on the basis of which employees are sent to Finland.

The previous act on posted workers (1146/1999) is applied to employees posted to Finland under a contract that was made between the employer and contractor before the new act came into force, i.e. before 18 June 2016.

Those parts of the Finnish labour legislation which must always be applied are determined in the Act. Moreover those parts of the labour legislation and the provisions of generally applicable collective agreements are determined which are applied if they are more beneficial for the employee than the law applied on the contract of employment of the employee.

NOTE! The guidelines based on the application of the old law can be found here.

Legislation to be applied according to the new Act of Posting of Workers:

Exceptions to the application of the Act 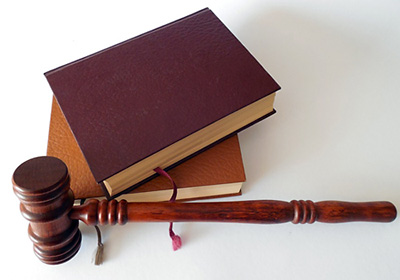 The Posted Workers Act does not apply to the seagoing personnel of merchant navy undertakings.

The provisions of the Posted Workers Act concerning minimum paid annual holiday and holiday pay do not apply to initial assembly or first installation of goods carried out by a skilled or special worker where:

When the duration of a worker's posting is calculated with regard to the eight-day limit, all periods within the past 12 months during which such work has been carried out by a worker posted by the same employer shall be taken into account.

However, this exception does not apply to construction work, such as construction, repairs, renovation, structural conversion or demolition. Such work further includes digging, earth moving, installation and uninstallation of prefabricated components, and any equipping, installation, alteration, dismantling, maintenance, upkeep, painting, cleaning and improvement work.

Rome I regulation starting point is that the employer and the employee may agree on which country's legislation in the employment contract (legal refenrence) shall apply. Legal reference to the law applicable to the contract of employment must not lead to the fact that the employee would actually receive less favorable working conditions than what belongs to him, if the above-mentioned choice of law should not have been made. The employee must always be subject to a minimum level in accordance with the mandatory provisions, unless the chosen law in the contract of employment provides him a higher level of protection. Mandatory rules can not be derogated by an agreement to the detriment of the worker.

For this reason, the provisions specified in the Act on Posting of Workers shall always be applied  as far as it seems they are more favorable to the employee. The minimum level is determined in this respect therefore by the Finnish legislation, but the provisions under Finnish law can not prevent the application of more favorable provisions.

This website is part of the European Commission's Your Europe portal. Did you find what you were looking for?

Please give feedback on this page /
Print